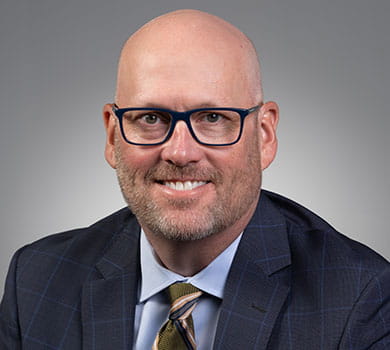 Adhering to the Raymond James guiding principles, Tom believes in the independence of the Advisor through Book Ownership, adherence to corporate governance, and having fun while working. Creating a culture of supporting the advisor and their practice, being an advocate for the advisors and building strong branch culture by active listening and leadership, allows the independent spirit of Raymond James to flourish.

Tom joined Raymond James as manager of the Grand Rapids/Cascade office in December of 2017 after almost 9 years managing the Cascade Branch for Morgan Stanley. He is a graduate of Taylor University and received a degree in Business Administration. He was also a manager for Merrill Lynch in Kalamazoo, MI from 1998-2006.

In addition to managing the Grand Rapids/Cascade office, Tom also manages the Holland branch, along with two Raymond James Advisor Select branches in Holland and Muskegon. Tom is on the board of the West Michigan Chapter of The Fellowship of Christian Athletes. Tom lives in East Grand Rapids with his family. When not in the office, he enjoys golf, reading and traveling.

Put our deep experience to work for you

Raymond James financial advisors may only conduct business with residents of the states and/or jurisdictions for which they are properly registered. Therefore, a response to a request for information may be delayed. Please note that not all of the investments and services mentioned are available in every state. Investors outside of the United States are subject to securities and tax regulations within their applicable jurisdictions that are not addressed on this site. Contact our office for information and availability.